We’ve got some hand selected videos of Joe on YouTube. Enjoy! 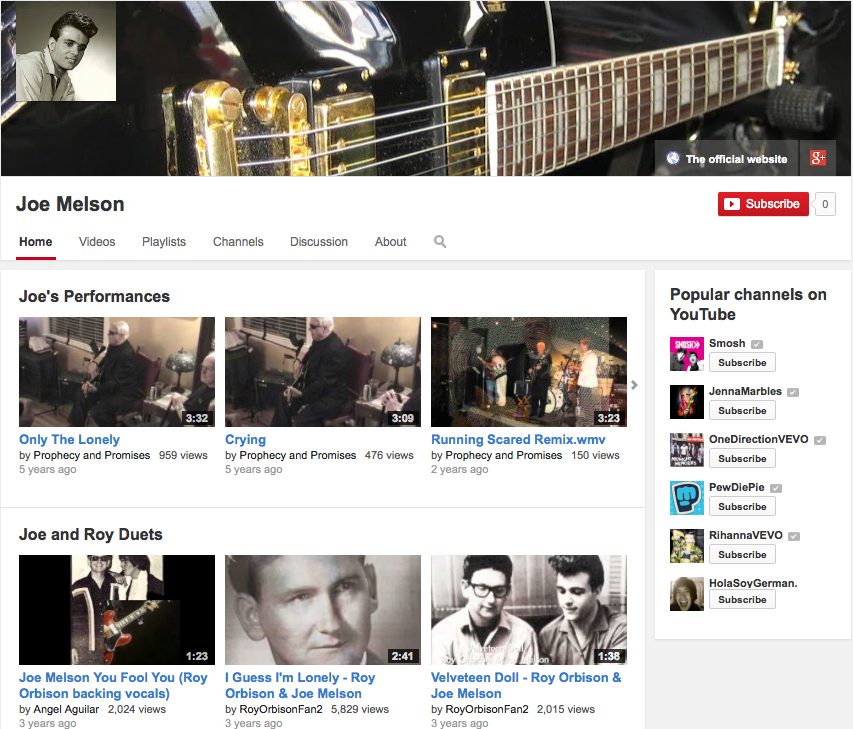 Joe played in the round at the Blue Bird Cafe May 22nd. It was a sold out show. Whitey Shafer, Dallas Frazier, and Ladd Smith competed the circle. Joe sang “Uptown” first time around. Then the song about the Arkansas bayous “Blue Bayou”. Third time around he played the killer “Only the Lonely”.

Joe also pulled out some surprises with his last two numbers. Joe said he thought the song “A Love so Beautiful” was one of the prettiest songs ever. And he done it well.The last song was a show stopper for me when Joe played “Oh Pretty Women”. I have heard him play the original “Pretty Woman” which he, Roy and Ray Rush wrote, but never the the rewrite by Roy and Bill Dees. It was quite impressive and Joe left with a standing ovation. Leaving on a high note is the way to go. The night just reminded me of all the great songs they wrote that ended so climatically, just as this evening did. I hope to see you all at his next show.